The long-awaited event, Stars 80, took place on Saturday, May 9, 2015 on the stage at Stade de France. The concert was broadcast live on TF1 and followed by millions of viewers.

Following the phenomenal success of the film Stars 80, with over 1,809,617 viewers, an eponymous tour produced by Coco Cyndecki and Olivier Kaefer was organised across France, starting on February 1, 2013.

Many artists from the 80s were present, such as Emile et Images, Jean-Luc Lahaye, Début de soirée, Coookie Dingler, Patrick Hernandez, Lio, Sabrina, François Feldman and many others to perform their greatest hits. 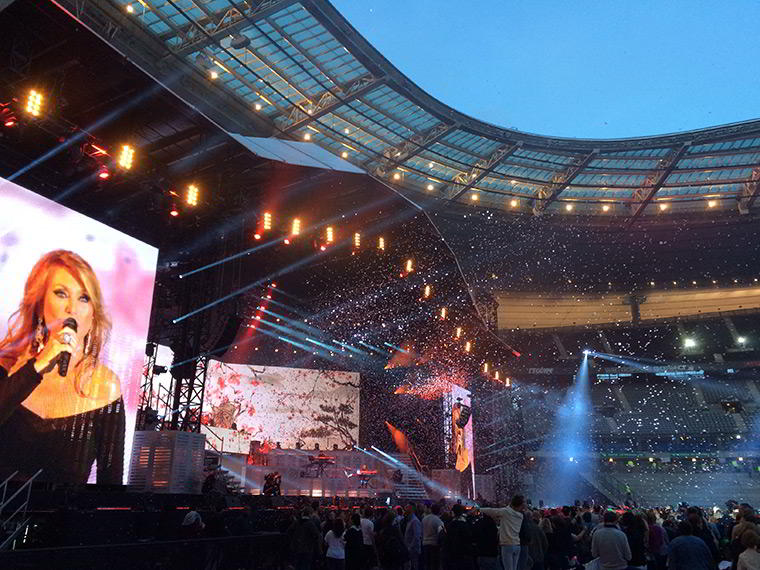 The legal basis for processing is the contract.

In accordance with the "Informatique et Libertés" law of January 6, 1978 as amended and with the Regulation (EU) 2016/679, you have the right of access, rectification, portability and deletion of this personal data or a right to limit processing. You may exercise your rights and oppose data processing at any time by sending your request, to the attention of our Data Protection Officer:

For any questions regarding the processing of your personal data you may contact our Data Protection Officer by email at: dpo@stadefrance.com

You have the right to lodge a complaint with the CNIL: www.cnil.fr