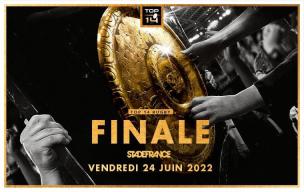 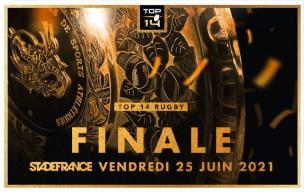 June 2021 FINALE 2021 DU TOP 14 This match is a unique occasion to see the best players in the world on the pitch of Stade de France contest the legendary Brennus Shield, with a History going back more than 125 years. 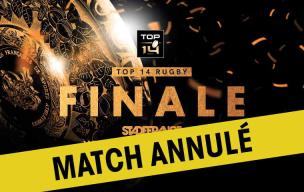 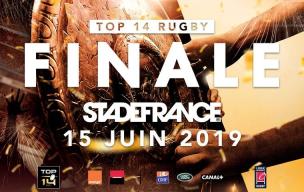 June 2019 FINALE 2019 DU TOP 14 It should already be down in your diaries: the TOP 14 Final will be played on Saturday, June 15th 2019. Beyond the sporting challenge which sees each finalist give their all to win the Brennus Shield, the rugby TOP 14 Final is also an important and fun get-together. 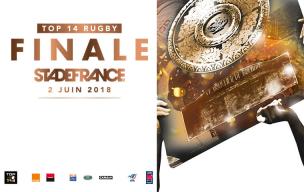 June 2018 FINALE TOP 14 2018 The line-up for the TOP 14 Final has been announced: MONTPELLIER will take on CASTRES. Between Montpellier, first place in the regular season, and Castres, the surprise finalist, a spectacular clash is in the making. The line-up also includes a closing show by one of the leading artists on the international music scene: MIKA. 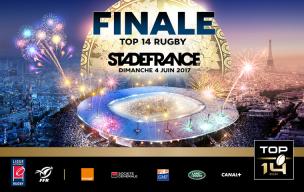 June 2017 Finale TOP 14 2017 The final of the French Championship is THE meeting place for rugby lovers. After a stint in Barcelona, due to Euro 2016, the Final returns to Stade de France in 2017 to crown the best French club of the season.
See more + 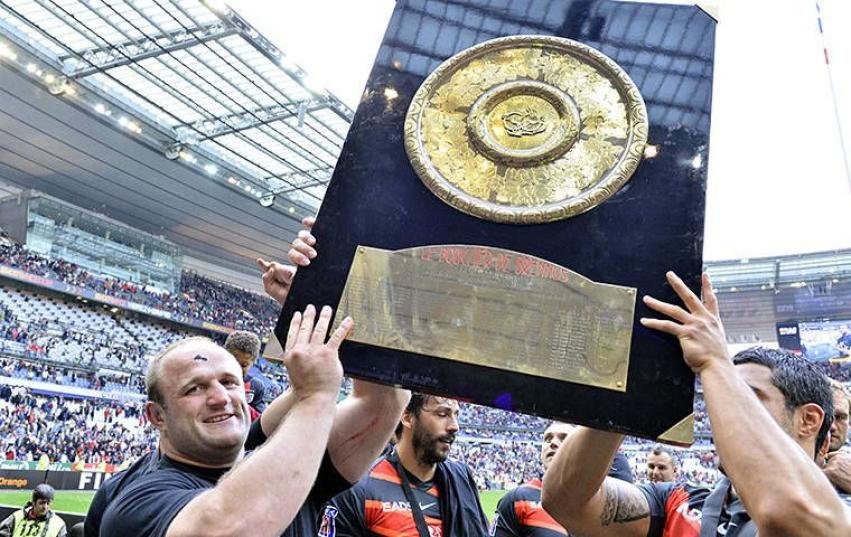 The fourteen best French rugby clubs compete each year in one of the most high-profile championships in the world, better known as the Top 14! At the end of the season, the winner receives the Brennus Shield, a prestigious award, which it retains until the end of the following season.

A HIGHLY ANTICIPATED EVENT AT THE TOP OF FRENCH RUGBY

At the pinnacle of French rugby, the final of the Top 14 is a highly anticipated event as it opposes the two best-ranked teams in the championship. If some clubs have dominated these clashes for years (Stade Français or Stade Toulousain for example), the competition is now increasingly competitive, with a very homogeneous championship in terms of level! Whoever the finalists are, it promises to be lively!

Stade de France has hosted the final since 1998. This turf, which is usually more accustomed to seeing the studs of footballers, has thus seen the highlights of the French rugby unfold: the multiple titles of "its" club, Stade Français, the last-gasp victory of Biarritz Olympique against the same Stade Français after fifteen minutes of extra time in 2005, or the first title since 1992 of Rugby Club Toulonnais, after two lost finals, are just a few examples of this!

RUGBY IS MORE AND MORE POPULAR IN FRANCE

Rugby is becoming more and more popular in France and is no longer limited to its historic bastion of the South-west, as evidenced by victories of clubs from the Paris region, or the recent accession to the elite of Rugby du Lyonnais. In the age of professional sport, the Top 14 matches are therefore increasingly spectacles in their own right. They are now played often in front of 30,000 fired-up fans, with parades of mascots and cheerleaders!

Rugby is known for its friendly and good-natured atmosphere and for the remarkable attitude of its supporters. In a place as full of history and emotions as Stade de France (the theatre of the exploits of 1998 and of the elimination of the New Zealand All Blacks by our national rugby team in 2007), able to accommodate more than 80,000 spectators, the next Top 14 final promises to be a fantastic sporting and festive event!